* The Lightning is bigger and can now carry tanks.
* The Heavy Plasma no longer has autoshot and is more cumbersome, but its damage has been increased.
* The Interceptor, Skyranger, and Avenger have each been split into two different ships. In the case of the Interceptor and Avenger, this is an overall nerf. It's more of a buff to the Skyranger.

* More weapons iteration. Each weapons tier has a pistol, rifle, and heavy paired with an automatic counterpart. There are also more options for launcher ammo and explosives.
* More craft. In addition to the three craft splits, there are extra early and late-game craft for a total of 16 craft. Several of the craft have advanced radar and patrolling capabilities.
* More tanks. Every tank tier has 2 weapon types, each with 3 size variations for a total of 18 tanks. Guardian tanks are very durable while assault tanks can smash through heavy armor.
* More aircraft weapons and harder air combat. Every air weapons system has a short range (high DPS) and long range variant, and you'll no longer be able to out-range every ship you come across. You will also need to manufacture ammo for your plasma weapons. Fusion is far more powerful now, and can easily destroy even the bigger ships. It costs a lot of elerium, however.
* Large base facilities. Several facilities have large versions for better space efficiency. The large radar is now a large facility, thus lending some purpose to the existence of the small radar. The radar range of both has been increased.

* General tiericide. Things at the same tech level are no longer lined up with each next one being a clear replacement for the previous. Instead, you are given choices, and multiple items in the same tech level will each be unique and useful.
* You must perform some research before you can build an alien containment. The game content is stretched out longer now.
* When you research laser weapons, you will immediately unlock the laser pistol and laser rifle. Other weapons research will frequently unlock multiple items at a time. Weapons research is now branching, rather than placing everything in a direct line, giving you more room to choose what you want to research. Rifles/heavies are no longer better than pistols; all weapons are viable and valuable.
* The aliens have been adjusted and rebalanced. Their UFOPedia entries sometimes explain their weaknesses, and are far more reliable now. Armor piercing damage is actually good against armor, the cyberdisc resists explosives, the reaper is properly killed by incendiary (which has been massively buffed), the chryssalid is actually weak to explosives now, and the sectopod's laser weapon has been ascended into the UFOPedia article as well as its attack animation.
* Plasma weapons must be reverse-engineered to be used by X-Com, and their monetary value as loot has been decreased substantially.
* Manufacturing profit has been rebalanced. You can no longer make laser cannons for huge profit, but you can make huge profit by manufacturing any of several items which require advanced alien craft components. Rule of thumb: the more difficult or expensive the recipe, the better the profit for making it. This rule of thumb does not apply to ammo.

* Laser and plasma weapons have been redecorated so that each line of weapons maintains a motif.
* Various in-game items which previously had no purpose may now have a purpose.
* You can manufacture heavy armor for your troops at the start of the game. Put those engineers to work!
* Missile and laser defenses are buffed and more useful now. Sometimes your base will be attacked by terror ships, and those are pretty easy to shoot down with early defense facilities.
* Power suit and flying suit now have attribute bonuses.
* Psionics have been fixed, involving a nerf to both sides.
* Difficulty setting makes a bigger difference. Play Beginner for a really easy experience, or play Superhuman for a big challenge. Choose Experienced or Genius for something more akin to the vanilla Beginner and Superhuman.

Things that haven't been iterated upon:

* Alien missions are pretty much untouched.
* Cydonia is untouched.
* The geoscape is unaltered.
* There isn't much for new armor suits.
All of these except the geoscape are receiving changes and additions in my upcoming mod! 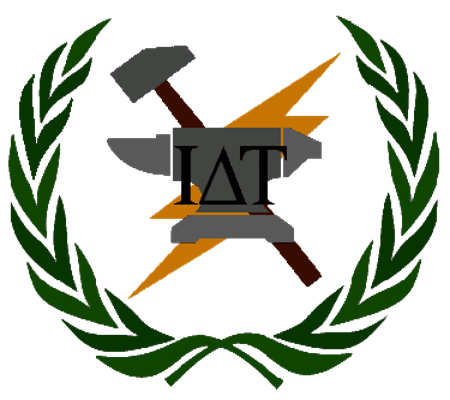 There is apparently something wrong with the Dropship2.MCD file. The mod was working fine until now at the end game when I try to land on a mission or fly to Cydonia with Vanquisher. Game crashes to desktop with "Invalid MCD File" error.

*edit* Nevermind. I was still using old OpenXcom. Switched over to OpenXcom Extended and now it is working fine.

You still working on the mod?

I'm not adding new content but I am still supporting the mod if there are any issues. I am producing a much larger mod in the same vein, but with a lot more new content and taking advantage of OXCE to a much greater extent. The mod is almost ready to go to open beta and will probably do so in the next few months. Sorry for the late reply, I will update the OP to explain how to contact me faster.

OK I found out that the mod is outdated for the curent version of openxcom extended (6.6.), could you provide some small update for new versions?

Hey reaver, I have some problem getting your mod started (1.4.6) on the newest version of openxcom extended, I have some mods instaled like xcom files, and final modpack, but they are not activated. I would show you the error message, but since I´m new here can I send you the message on your email?
I have xcom instaled on windows 10, hope it helps.

Sorry for the late reply. If I haven't fixed this issue yet, PM me on the forums or Discord about it for a faster response. Details are now in the description of this mod page.

This is truly an awesome mod, please add version 1.0.5!